When most people hear the word “influencer” they think of celebrities, actors, fashion bloggers,  Jackpot Capital bonus gaming content creators, sports commentators and musicians but there are other types of influencers on the airwaves as well. Tech influencers focus on tech news, providing their followers with the latest data about issues relating to tech including cyber security, AI, tech marketing, hardware and software and more.

They function as ambassadors for specific tech companies or for multiple companies to give brands the power to harness the possibilities that online influence can offer to marketing efforts. Companies including Google, Microsoft, Apple, Huawei, Oracle and others rely on tech influencers to facilitate much of their promotional efforts.

The reliance of tech companies on influencers is growing and the ecosystem is accelerating. Some of the top tech influencers of 2022 include:

Marques Brownlee is known as an online tech star thanks to his billions of YouTube and Instagram views. “MKBHD,” as he is known, is best known for his podcast Waveform as well as his technology-focused videos where he reviews tech products and provides hardware and freeware tutorials.

MKBHD is one of the most subscribed-to technology-focused YouTube channels. Brownlee’s reviews are also promoted by other review sites with his most-watched videos including a 2012 tour of the Insync cloud storage service (which was then brand-new) and a 2014 video where he performed scratch tests to demonstrate the self-healing ability of the device – a video that was then shared on The Verge, CNET, Time Magazine and HuffPost.

Some other highlights of Brownlee’s career include a 2015 interview with Kobe Bryant, NBA basketball player who shared his tech interests and information on his Nike Kobe 11 sports shoes that he designed. And then there’s the 2016 interview with Democratic presidential primary candidates where he asked the candidates whether the government and tech companies could find a middle ground over encryption while considering rights to national security and privacy.

In addition to his tech broadcasts, Brownlee is a professional ultimate frisbee player.

Linus Tech Tips is the brainchild of Linus Sebastian. His Linus Tech Tips platform is where he reviews everything from gaming consoles to VR headsets to cars. He is particularly popular for his “build guides” where he gives step-by-step instructions for tech DIYers who want to build their own gadgets. As of March 2021, Linus Tech Tips was ranked the most-watched tech channel on YouTube.

Sebastian got his start in hosting his tech channel while he was working for the NCIX online computer store. The company asked him to host their technology channel where he was to create tutorials to help demonstrate products.

From there, with NCIX’s support, he created his Linus Tech Tips channel as a cheaper offshoot, even while working as a  full-time sales rep, product manager, high-end systems designer and category manager.

When he left NCIX (the company is now defunct) he kept his channel and started broadcasting on the Linus Tech Tips channel as an independent venture. His LMG company now has over 80 full-time employees.

Some of the projects for which Sebastian is best known include a video where he demonstrated a computer capable of supporting seven individual users at once and a video where Linus Tech Tips claimed that Apple was refusing to honor his paid, non-warranty iMac Pro repairs after it was damaged in a product teardown.

Some of his most-viewed videos involved a four-part series where he detailed his experience when buying a gaming PC from that involved 6 systems integrators that represented 3 different market tiers. That series, which had over 12 million views, was covered in PC Gamer.

Erica Griffin is known for going in-depth in her reviews as she points out the advantages and limits of tech updates. She gives balanced opinions on the pros and cons of upgrading to a new smartphone, tablet, and PC devices.

Erica specializes in creating entertaining and informative videos that encourage consumers to develop for or buy a product. As a representative of the HP brand she has over 5 million followers and her own tech channel, The Technology Nerd, has amassed over 887,000 subscribers.

Griffin specializes in comparison shopping advice, showing the advantages and disadvantages of multiple devices so that users can choose among them. Her reviews focus on tablets, smartphones, PCs and tech accessories, as she gives her balanced opinions on each.

These reviews can be for various smartphones, tablets, PCs, and even tech accessories. She is known for her ability to build a working Nintendo Switch for less than $300 and creating the Switch Lite DIY Animal Crossing Edition. 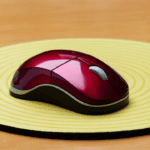 How to Easily Find a Mouse Pad You Are Looking For 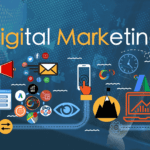 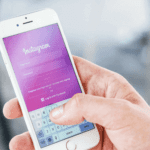 Simple Instagram Tips That Will Help Expand Your Online Following 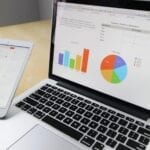 The Many Benefits of Affiliate Marketing