What is the repo rate?

The repo rate is the rate at which the Federal Reserve Banks lend money to depository institutions overnight. When the repo rate increases, it becomes more expensive for banks to borrow money from the Fed. This can have a ripple effect on the broader economy, as banks may pass on the higher costs of borrowing to consumers in the form of higher interest rates on loans. This can lead to slower economic growth and higher inflation.

The Federal Reserve, or “fed”, is the central bank of the United States and is responsible for setting monetary policy. One tool the fed uses to influence interest rates is the repo rate. The repo rate is the rate at which banks can borrow money from the fed overnight.

When the fed increases the repo rate, it becomes more expensive for banks to borrow money. As a result, banks are likely to pass on this cost to customers in the form of higher interest rates on loans. This can have implications for both businesses and consumers.

The Fed’s decision to increase repo rates is not taken lightly. It is usually done in response to inflationary pressures in the economy. By making it more expensive for banks to borrow money, the Fed hopes to slow down the economy and keep inflation in check.

The recent increase in repo rates is an indication that the Fed is tightening monetary policy. That means they are trying to slow down the economy by making it more difficult for people and businesses to borrow money. This can have implications for both consumers and businesses.

What are the implications of the Fed increasing repo rates on loans?

The Federal Reserve’s decision to raise the target range for the federal funds rate by 0.25% may not seem like much, but it could have a big impact on loans. That’s because when the Fed raises rates, banks typically follow suit and raise their rates on things like mortgages, auto loans, and credit cards. And that can have a ripple effect on the economy, leading to higher prices for everything from homes to cars to everyday goods and services.

So what does this all mean for you? If you’re in the market for a loan, it’s important to keep an eye on interest rates and try to lock in a low rate before they start to rise. And if you have variable-rate debt, be prepared for your monthly payments to go up. On the other hand, if you’re saving for a loan, this could be a good time to get started so you can earn higher interest rates on your deposits.

How will this affect consumers?

The Federal Reserve’s recent decision to increase the repo rate will have implications for consumers who take out loans. The repo rate is the interest rate at which banks borrow money from the Fed and is used as a benchmark for other lending rates. As the repo rate increases, so too will other lending rates, including those for home and auto loans, home equity lines of credit, and credit cards. This means that consumers who carry debt will see their monthly payments rise.

For some consumers, this may not be a big deal. They may be able to absorb the higher payments without any difficulty. But for others, especially those who are already struggling to make ends meet, the higher payments could push them over the edge. If you’re worried about how the Fed’s decision will affect your ability to pay your debts, it’s important to contact your lenders and see what options are available to you.

How does a Repo rate hike affect the stock market?

The Federal Reserve’s decision to raise the target range for the federal funds rate by 25 basis points could have implications for the stock market. A higher repo rate makes it more expensive for banks to borrow money from the Fed, which in turn could lead to higher interest rates on loans and credit products. This could make it more difficult for consumers and businesses to access credit, and potentially lead to a slowdown in economic activity. While a higher repo rate may be good news for savers, who will see higher interest rates on their deposits, it could weigh on stock prices as higher borrowing costs could crimp corporate profit margins.

The future of the economy?

The Federal Reserve recently increased the rate on overnight repurchase agreements or repos. In doing so, it signaled its intention to begin tightening monetary policy after years of keeping rates low to encourage borrowing and risk-taking. The move could have implications for a wide range of loans, including mortgages, auto loans, and corporate debt.

The repo rate hike could also lead to higher rates on fixed-rate loans, such as mortgages, over time. That’s because when the Fed begins to tighten monetary policy, banks often follow suit by raising their lending rates. So, even if you have a fixed-rate loan, your payments could eventually go up if the Fed continues to raise rates.

How will this affect business?

The increase in repo rates will have implications for businesses that have loans with variable interest rates. The higher rates will mean that these businesses will have to pay more in interest on their loans, which could impact their bottom line. It’s important to keep an eye on the Fed’s repo rate decisions and how they might affect your business.

The Federal Reserve’s decision to raise interest rates can have major implications for inflation. When the Fed raises rates, it usually does so in response to inflationary pressures in the economy. The thinking is that by raising rates, the Fed will cool off the economy and prevent inflation from getting out of hand.

Thus, while the Fed’s intentions are generally good when it comes to raising rates, there are no guarantees that this policy will lead to lower inflation in the long run.

When the Federal Reserve increases the repo rate, it becomes more expensive for banks to borrow money. This in turn can lead to higher interest rates on loans and credit products, including those for consumers and businesses. The result may be less spending and economic activity, which can impact the U.S. national debt.

The entire amount of money borrowed by the federal government is known as the national debt. It currently stands at over $22 trillion. Interest payments on this debt are a significant expense for the government, totaling nearly $370 billion in 2018 alone. If repo rates increase and borrowing costs go up, the government’s interest payments will also increase. This could force cuts in other areas of spending to make room in the budget for these higher debt service costs.

The bottom line is that increasing repo rates could have a major impact on the U.S. national debt. Higher borrowing costs could lead to less spending and slower economic growth, which would add to the already

When the Federal Reserve increases the repo rate, it has implications for both savers and borrowers. For savers, higher repo rates mean that their money will be worth more in the future. This is because when rates go up, banks tend to offer higher interest rates on deposits.

So, if you have money in the bank, it will be worth more in the future when rates increase. However, higher repo rates also mean that borrowing costs will go up. This is because when the Fed increases rates, banks typically charge higher interest rates on loans. So, if you are thinking about taking out a loan, you may want to do so sooner rather than later.

The Federal Reserve’s decision to increase the Repo rate by 0.25% is a very important one that will have implications for loans. The increase in the Repo rate is likely to lead to an increase in short-term rates, which will in turn lead to higher rates on loans. This could hurt the economy, as higher loan rates could lead to less borrowing and spending. However, it is worth noting that the Fed has said that this move is not intended to be a tightening of monetary policy, but rather a normalization of rates after years of near-zero interest rates. So, while there may be some implications for loans, it’s unlikely that this will be a major change for the economy as a whole. 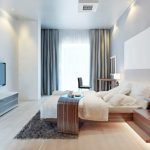 How Can I Pay for A Replacement Bedroom Set? 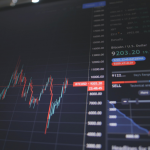 What is rule number 72 in Finance?