Mobile phones have become an integral part of our lives and Android operating systems (OS) are the most widely used ones. As security is one of the primary concerns for smartphone users, it is important to have an OS that provides strong security features.

In this blog post, I will discuss the top 7 Android operating systems in terms of security. Also, I will look into their advantages and disadvantages so that you can make an informed decision when choosing the best OS for your device.

What is an Operating System?

An operating system (OS) is a program that manages and coordinates the activities and sharing of resources of a computer. It acts as a bridge between the computer hardware and the software applications, providing a consistent way for programs to interact with the hardware. Examples of popular operating systems include Microsoft Windows, MacOS, and Linux.

There are many different types of the operating system for Android available on the market today. here is the list of the top 10 operating systems for android which are as follows.

Android 10 is the most recent Android operating system from Google. It was released in September 2019 and offers several new features and improvements over previous versions of Android.

One of the key selling points of Android 10 is its improved security features. These include support for biometric authentication, encrypted backups, and a new privacy control panel. These features make it harder for malicious actors to access your data or compromise your device.

The BharOS operating system for Android was developed to address security issues in the mobile world. It has numerous features that make it attractive for users concerned about their privacy and data protection. The system works by restricting app access rights to information on users’ mobile devices as well as access to vital device settings such as network connections, camera, and microphone activities.

By creating secure loopholes, BharOS helps avoid any kind of data hacking or other malicious activities undertaken by apps. Once a user downloads the app, they will have complete control over which data they want to share with an automated process in addition to individual permission.
This powerful system is designed to protect user privacy while making sure they have full control over the safety of their data.

1. BharOS is based on the Linux kernel, which is known for its security.

2. BharOS comes with several security features, including a firewall and anti-virus protection.

1. The user interface can be confusing for some users.

2. Some features, such as the ability to run multiple apps concurrently, can be challenging to use.

3. Because it is based on the Linux kernel, it is not compatible with all Android devices.

Assuming that you are looking for a BlackBerryOS content section for a blog article discussing the top operating system for Android in terms of security, the following information would be relevant to include.

BlackBerryOS is a proprietary mobile operating system developed by BlackBerry Limited. It is based on the QNX operating system and was previously known as BBX. The platform is designed primarily for smartphones and tablets.

Advantages:
– Excellent security features, making it ideal for businesses and other organizations that require high levels of data protection.
– Good performance overall, with a user-friendly interface.
– A wide range of apps available through the BlackBerry World app store.

Disadvantages:
– Not as widely used as other mobile operating systems, so there may be fewer apps available compared to iOS or Android devices.
– Some users find the interface difficult to use compared to other smartphone OSes.

LineageOS is one of the most popular Android distributions. It is based on the official releases of the Android Open Source Project (AOSP). LineageOS provides a stock Android experience with added features and customization options.

Advantages:
-LineageOS is highly customizable. You can change almost everything, from the UI to the kernel.
-It is one of the most stable and reliable Android distributions.
-LineageOS is regularly updated with the latest security patches.
-It has a large development community and support network.

Disadvantages:
-It can be challenging to find LineageOS builds for some devices.
-Some features may not work on all devices.

There are many great Android operating systems out there, but when it comes to security, CopperheadOS is the clear leader. This OS is based on the popular Linux distribution and has been hardened to make it more resistant to attacks. It includes several features that make it more secure than other Android OSes, including per-app VPNs, malware protection, and full disk encryption. However, some tradeoffs come with using this OS. First, it is not compatible with all Android devices. Second, it can be more difficult to use than other Android OSes because of its increased security measures.

OmniROM is a popular aftermarket firmware for Android devices. It is based on the Android Open Source Project (AOSP) and adds a variety of features and options not found in stock Android. OmniROM also has a robust security model, with features like verified boot and per-app permission control.

However, OmniROM is not without its disadvantages. One major issue is that it does not have official support from Google. This means that you may not be able to get the latest security patches and updates from Google if you use OmniROM. Additionally, OmniROM is a relatively new project, so it may not be as stable as some of the more established aftermarket firmwares.

F-Droid is a great option for users who value privacy and security, as it does not require any personal information to be provided to use it. Additionally, all of the apps in the store are audited for security vulnerabilities, and many of them are available without any advertisements or tracking.

However, because F-Droid is not as well-known as the Google Play Store, it may be difficult to find some popular apps that are available on Android. Additionally, some app developers do not make their app available on F-Droid due to the lack of visibility it offers compared to the Play Store. 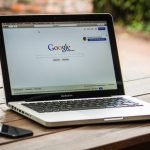 Google update for Android in March 2022