The recession of 2008 changed the way consumers buy products and services. It was a wake-up call for businesses to adjust their marketing strategies and understand the changing trends in consumer buying behavior. The long-term impacts of the recession have been profound, leaving companies to grapple with shifting customer demands and different ways to stand out from the competition. With that in mind, here are 10 reasons why the recession has changed consumer buying behavior and what businesses should do about it.

People are now more mindful of their spending

The recession has changed the way people spend their money. People are now more mindful of their spending and are looking for ways to save money. They are also more likely to buy items on sale or clearance.

More people are cooking at home

More people are cooking at home: The recession has led to a change in consumer buying behavior, with more people cooking at home instead of eating out. This is good news for the food industry, as it means that people are buying more food items such as pasta, rice, and canned goods.

The rise of the frugal shopper

In recent years, there has been a shift in consumer buying behavior. More and more people are becoming frugal shoppers. This is largely due to the recession. During economic downturns, people become more cautious with their spending. They are less likely to make large purchases and more likely to save their money.

Frugal shoppers are looking for ways to save money on everyday items. They are often willing to sacrifice quality for cheaper prices. They may buy generic brands instead of name brands, or purchase used items instead of new ones. They also take advantage of sales and coupons as much as possible.

The rise of the frugal shopper has changed the way businesses operate. Companies are now offering more sales and discounts than ever before. They are also introducing new budget-friendly products and services. Businesses that don’t adjust to this new reality will likely struggle to survive.

The recession has changed consumer buying behavior in several ways, but one of the most significant changes has been the move toward discount stores.

In the past, consumers were more likely to shop at department stores or specialty stores, even if it meant paying a higher price. However, during the recession, many consumers switched to discount stores like Walmart or Target, to save money.

There are several reasons why discount stores are winning in the current environment. Firstly, they can offer lower prices than their competitor’s thanks to their large-scale operations. They also have a wide range of products available, which appeals to consumers who are looking for value for money. Finally, discount stores are often located in convenient locations, making them easy for consumers to access.

With the current economic conditions showing no signs of improving soon, discount stores will likely continue to gain market share from their rivals. This could eventually lead to a major shake-up in the retail industry, with traditional department stores struggling to survive.

Consumers are buying in bulk

The recession has changed consumer buying behavior in several ways. One of the most notable changes is that consumers are now buying in bulk more often than they did in the past. This is largely because they are trying to save money wherever possible.

Another change that has been seen is that consumers are now more likely to purchase items online rather than in brick-and-mortar stores. This is again because they can often find better deals online. Additionally, many consumers are now hesitant to make large purchases, such as a new car, because they aren’t sure if they will be able to afford it in the future.

Overall, the recession has changed the way consumers behave when it comes to making purchases. They are now much more mindful of their spending and are looking for ways to save money whenever possible.

When the recession hit, people were suddenly much more mindful of their spending. They became more aware of what was truly a necessity and what was a luxury. This led to people cutting back on discretionary items, such as entertainment, dining out, and travel.

All of this has led to a change in consumer buying behavior that is likely to stick around even after the recession is over. So businesses need to be mindful of this new reality and adjust their offerings accordingly.

There is a shift to online shopping

In the current economic climate, consumers are spending less and looking for ways to save. One way they are doing this is by shopping online. Online shopping offers consumers a convenient and often cheaper alternative to traditional brick-and-mortar shopping.

There are several reasons why consumers are increasingly turning to online shopping. Firstly, it is generally more convenient than going to the store. Consumers can shop at any time of day or night from the comfort of their own homes. Secondly, online retailers often offer lower prices than their offline counterparts. This is because they have lower overheads and can pass on these savings to consumers. Finally, shoppers can easily compare prices and products online before making a purchase, ensuring they get the best deal possible.

So, if you’re looking to save money and time, online shopping is the way to go. You’ll be able to find exactly what you’re looking for at a price that suits your budget – without even leaving your couch!

The recession has changed consumer buying behavior in several ways. Consumers are now more mindful of their spending, often opting for cheaper alternatives or forgoing certain purchases altogether. They are also more likely to compare shops and search for deals before making a purchase. Additionally, many consumers are now choosing to purchase items online rather than in-store to take advantage of lower prices and free shipping offers. While some of these changes may be temporary, others will likely become permanent fixtures in the new landscape of consumer spending. 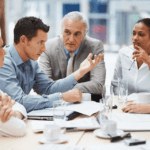 Want to Start an Amazon FBA Business? Here’s How 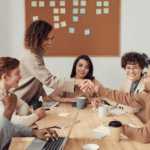 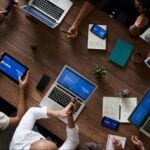 Starting A Small Business Soon? Here Are Some Solid Ideas You Should Try