Web development is a daily necessity for thousands of companies worldwide. Even if you sell groceries or sew dresses, you need a digital resource to reach out to target users. Thus, all businesses, from small startups to large corporations, require web design and development services.

Hiring an in-house team of coders may be a luxury if you don’t specialize in web dev as your primary business niche. Why spend so much money and effort getting a few qualified experts you won’t need for a long time? A great solution in such cases is to outsource the development work to an external provider. This way, you get a functional digital product without extra investments in staff recruitment and in-house development.

However, this option also comes with some downsides, one of which is the cost. Western businesses often face huge checks from their local development agencies, making a website unaffordable for SMEs on a budget. So, if you are a business owner in North America, outsourcing to Latin America is a good idea. It allows substantial cost savings and comes with minimal issues associated with overseas outsourcing. Here we cover the essentials of outsourcing to Latin America to show that it’s easy and convenient.

Let’s start from the basics. Why do companies choose to outsource their IT projects overall? What makes them take risks and delegate their website creation to teams far away from their headquarters?

The answer is globalization. Within the past decades, national labor markets have merged into a single global marketplace, where employers can access the diverse talent pool without geographical restrictions. Now you can get a coder or web designer for your project in any part of the world, relying only on the tech stack and rate requirements instead of geographical proximity.

Outsourcing has emerged as a great alternative to in-house development in response to the rising lack of local tech talent and the climbing hourly rates of North American and European IT specialists. It comes with some issues and limitations, but the overall flexibility and freedom of choice are the positives associated with outsourcing your IT projects.

Latin America as an Outsourcing Destination

Several regions have become globally famous as outsourcing destinations. Eastern Europe, Asia, and Latin America are the regions known for the quickest development of IT potential, with numerous educational establishments, IT hubs, and national investments in IT service provision. However, outsourcing to Asia or Europe is less convenient for North American companies because of the significant time zone difference and a language barrier.

Thus, Latin America is the most favorable destination for American businesses, offering a vibrant IT workforce exceeding 500,000 people and 1,400+ companies across the continent. The largest IT hubs are currently located in Chile, Uruguay, Brazil, Mexico, and Argentina, among others. So, you will hardly experience a lack of available talent among freelancers and outsourcing firms in this location.

Benefits of Outsourcing to Latin America

Outsourcing to Latin America has become a favorable solution for the majority of large American and Canadian businesses with a huge need for web dev and design services. Those who have established partnerships with Latin American IT companies are already reaping huge benefits of such collaboration.

While hiring a U.S.-located developer may cost a company anywhere from $50 to $100+ depending on their seniority and tech stack, Latin American coders charge much less, from $40 to $60, for the same work. So, working with Latin Americans is always much more affordable than hiring local talent; you get significant cost savings even with the same characteristics and input of local and outsourced developers.

Latin Americans are very close to North Americans in terms of culture and work ethics. Thus, Americans find working with individual coders and firms from this region much easier. The workflow is much more manageable, and working on the revisions and mistakes is simpler with people who adopt the same approach to the work quality. Punctuality and resourcefulness are also among the key characteristics favored by Latin Americans, ensuring a good fit between outsourcing firms and their clientele.

Some people still assume that Latin Americans have poor English language skills. This misconception has been forming for decades because of the hardships immigrants have experienced during their integration into U.S. society. However, things have changed, and Latin American coders usually possess a strong command of English. Thus, collaborating with companies and individuals from this location is much easier in communication terms than finding common ground with coders from more distant regions (e.g., Europe or Asia).

One of the key advantages of choosing Latin America for IT outsourcing is the insignificant difference in time zones. Whatever country you choose to outsource to, it will be only several hours away from your time zone in North America. Thus, the time zone overlap ensures the productive collaboration of in-house and outsourced teams, thus minimizing the risk of delays and communication problems.

Outsourcing Is Your Key to Productivity

As you can see, outsourcing IT tasks is a widespread global practice. It helps companies save money, approach the global talent pool, and work with coders from any part of the world without restrictions. If your business is located in North America and needs IT help, you should consider Latin America a favorable outsourcing destination. It has much to offer in terms of developer talent, cultural fit, and dedication to work quality. Thus, you will never go wrong in choosing a Latin American IT provider for your next digital product.

How Outsourcing Certain Services Could Be Beneficial For Your Business

Why you should consider outsourcing IT in 2022 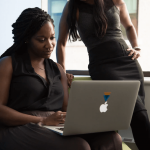 7 Notable Benefits Of Having Professional IT Services For Your Business 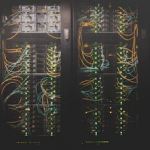