What is Litecoin (LTC)

Litecoin is nothing more than one of the early hard forks of Bitcoin. The coin was created in 2011 as an improved alternative to Bitcoin. Since the proposed changes to the original protocol were not accepted by the entire community, the Bitcoin chain forked.

Although Litecoin was a fairly serious rival of Bitcoin, it failed to surpass its predecessor. The coin was kept in the TOP 10 largest cryptocurrencies for quite a long time, but too much similarity with BTC eventually played against LTC. However, although other altcoins pushed it out, LTC invariably appears in the lists of the most attractive coins for investment. In addition, the coin is increasingly used in everyday practice. Litecoin is simply more convenient for calculations.

How Litecoin is similar to Bitcoin

Differences between LTC and BTC

Where to trade Litecoin vs Bitcoin

The solid age and well-established reputation of both coins give reason to treat them with confidence. This is more than clearly seen in the lists of markets presented on CoinMarketCap: Litecoin and Bitcoin are available almost on major exchanges. The LTC/BTC trading pair is supported by Gemini, Binance, Kraken, Huobi, Gate.io, OKEX – about 40 platforms in total.

Choose among them the sites that best suit you in all respects and register an account. Please note that most reputable exchanges require you to pass account verification in accordance with the requirements of the KYC.

After completing all the formalities, you need to replenish the deposit and create your first order. If you plan to trade intraday, then traditional exchanges with the ability to create pending orders are the best solution.

For trading on large timeframes, you can use the services of the instant cryptocurrency exchange platform LetsExchange. You do not have to spend time registering and disclosing personal data.

LetsExchange does not charge any fees and does not store your coins.

Is it profitable to trade LTC to BTC

On January 31, the LTC to BTC exchange rate was close to 1:0.0028. At the time of this writing, the ratio has slightly changed in favor of Litecoin, and reversal pattern is forming on the daily timeframe. 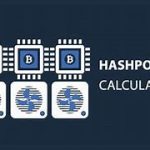 Hashpower converter calculator -All about it! 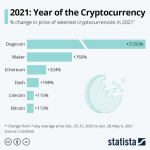 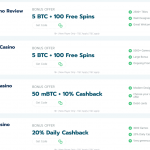 A Guide to Choosing the Best Crypto Casinos