What is an OTT platform?

It has also been used to describe no-carrier cellphones, where all communications are charged as data, avoiding one-sided domination of a platform, or apps for phones that transmit data in this manner, including online calling applications which replace other calling methods.

As we all know that the world no longer watches tv as a family, once a week together around the television. Nowadays we are all streaming content on our favorite handheld devices as much as we’re watching it on our computers and televisions whenever we want. It’s cool, and it’s shaping our need-it-now mindset and culture completely.

What’s the difference between OTT and TV?

OTT requires a subscription to a cable service to watch TV, OTT is available to stream directly on the Internet and is paid for directly by consumers. People can stream OTT content anywhere, at any time, which is a big perk over traditional TV.

The accessibility of OTT content is a major reason for its popularity. To stream OTT, Viewers only require a high-speed internet connection and a connected device that supports applications or browsers.

How OTT is Delivered?

Mobile OTT Devices: Almost every OOT service have their Applications that can be downloaded on mobile phones ( android, ios, and other operating systems).

Smart TVs: Roku, Apple TV, Firesticks, Game consoles, and many other android TVs come with the support of ott platforms.

Nowadays we all know that Netflix isn’t the only big platform out there, Disney is also booming with Disney+, Amazon Prime, and  Hulu have moved to take over TV, the world is recognizing the potential of OTT, not just for the big players like Netflix and Disney.

Unlike other OTT platforms, YouTube is a social video-sharing platform that was originally designed to allow users to share moments caught on their camera. YouTube has attempted to enter the OTT market several times with a low level of success as its seen as a free video platform by people.

The benefits of OTT for streaming services and viewers

Advantages of an OTT Platform:

Disadvantages of an OTT Platform:

OTT platforms of US in numbers

OTT platforms are a better entertainment source for viewers. Everything has its advantages and disadvantages. OTT platforms will give you an idea of how impactful streaming services, but age restrictions and censorship are a few concerns that need to be taken care. 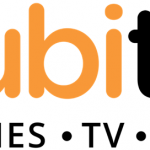 How to stream movie and TV show on QueenslandMAX 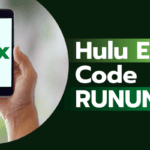 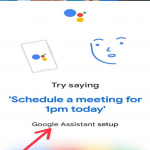