What is the main point of cryptocurrencies?

The main point of cryptocurrency is to fix the problems of traditional currencies by giving power, control, and responsibility of currency or assets to currency holders. You must have heard about Bitcoin and Ethereum, the two most famous cryptocurrencies. Bitcoin was first released as open-source software in 2009 and was the first decentralized cryptocurrency. We may know about only some popular ones but according to CoinLore, there are more than 5,000 different cryptocurrencies in circulation to date.

According to Jan Lansky, a cryptocurrency is a system that meets six conditions.

The Key Advantages of cryptocurrency

Digital currencies provide equal opportunity to everyone regardless of demographics or social status. If you have a smartphone or any other internet-connected device, you can have access to cryptocurrencies. If you’re still not convinced that cryptocurrencies are the future of currencies and a better solution than normal government-based money?

Let’s have a look at the key benefits of cryptocurrencies.

Reduced corruption: When a person or entity is given all the power, the chances of it using that power for its own profit becomes very high. The 19th-century British politician Lord Acton said, “Power tends to corrupt, and absolute power corrupts absolutely.”

Cryptocurrencies can solve the issue of absolute single-handed power by distributing the power among all the members of that crypto network where the record of all the transactions are verified and recorded in accounts of all the users. That’s what we call blockchain technology.

Eliminates extreme money-printing: Central banks of government can print money simply when they’re faced with a serious economic problem. This process is also called quantitative easing. By printing more money, a government bails out debt and devalues its currency. However, sometimes it turns out that its negative effects are worse than the profit it provides to the government.

Like as we know, when countries like Iran or Venezuela print too much money the inflation rises and values of currency go down, and people can’t afford to buy everyday goods and services as their cash becomes very less valuable it becomes nearly a piece of paper.

That’s why cryptocurrencies have a limited amount of coins available. When all those coins are in circulation, a central entity or the company behind the blockchain has no easy way to simply create more coins or add on to its supply as the blockchain technology records all transactions and they get verified on accounts of every currency holder.

Making people in charge of their own money: By putting all your money in the bank, you’re simply giving away all the control of your money to central banks and your government, keep in mind that your government can freeze your bank account and deny you to access your money at any point.

For example, in the United States, if you don’t have a legal will and you own a business, the government has the right to all your assets if you pass away. Some governments can even abolish banknotes as the Indian government did in 2016. With cryptocurrencies, you and only you can access your funds, no one else.

Cutting out the middleman: In the baking system of your country, every time you make a transaction, a middleman like your bank or a digital payment service takes a percentage of the transaction money as the service charge but with cryptocurrencies, all the network members in the blockchain are that middlemen and simply you are giving no charge to anyone when you make a transaction.

However, cryptocurrencies aim to resolve this problem by spreading digital commerce around the world so that anyone having a smartphone with the internet can start making payments. And we know that more people have access to phones than to banks.

Disadvantages or issues with cryptocurrency

Lack of Regulations on transactions of Black Market, tax evaders can use cryptocurrency for tax evasion in many countries where cryptocurrencies exist without being legalized by the government, and no facilities for refunds and customer service as the baking systems focus on resolving seller-buyer issues.

Conclusion: The future of cryptocurrency

By having numerous benefits and advantages than the normal currency issued by governments, cryptocurrency is fully capable of becoming a legal currency globally, However, some issues need to be fixed first like the security and wide access, and if the price volatility is lowered and by increasing the security of crypto wallets, it can become normal currency or if it doesn’t then it’ll be a hype only and will go down gradually. 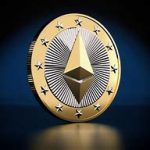 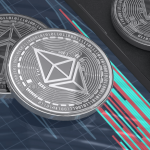