Blockchain technology is changing the world, and it’s not just for cryptocurrency anymore!

Blockchain technology is a distributed database that allows for secure, transparent, and tamper-proof transactions. It was invented in 2008 by an anonymous person or group of people who called themselves Satoshi Nakamoto. Though its early days were filled with controversy and doubts, blockchain has emerged as one of the most promising technologies.

There are numerous reasons why blockchain is such a powerful tool. Firstly, it eliminates the need for a central authority to maintain records – meaning it’s immune to corruption and manipulation. This makes it ideal for applications such as digital identity management and voting systems, as well as other areas where trust is essential.

Moreover, blockchain is incredibly efficient in data storage and processing. This makes it perfect for larger-scale applications like supply chains or online transactions. To gain a competitive advantage, a digital transformation strategy modifies how current processes are carried out. In fact, some believe that blockchain could even render traditional banks obsolete.

Let’s look at how blockchain technology can change our natural world.

Cybersecurity is one of the biggest challenges that businesses face today. With threats like cyberattacks and data breaches on the rise, it’s more important than ever for companies to have a robust cybersecurity strategy.

Blockchain is one of the technologies that has significantly improved cybersecurity. Initiated as a means of facilitating safer transactions, blockchain has now evolved into one of the critical technologies influencing security today.

Blockchain technology uses a distributed ledger system to record all transactions between parties. This makes it incredibly difficult for anyone to tamper with or falsify records, which makes it an ideal solution for businesses dealing with sensitive data. Not only does this make blockchain an effective tool for protecting against cyber attacks, but it also makes it difficult for hackers to steal information or money.

Overall, blockchain is an ingenious technology that is helping businesses protect themselves from all sorts of threats. So if you’re looking to improve your cybersecurity strategy, consider using blockchain technology in some way or another.

One of the most important effects of blockchain on finance is its ability to make transactions more transparent and secure. This is because blockchain technology uses a decentralized network to track all transactions and updates in real-time. This makes it much harder for anyone to fraudulently modify or fake records, which is often done in the financial industry.

Another significant benefit of blockchain technology is its ability to reduce the cost of financial transactions. This is because it eliminates the need for third-party intermediaries like banks or settlement networks. Instead, it allows groups of people to directly trade goods and services without having to go through an intermediary. This reduces the risk of fraud and other problems and makes things faster and more accessible for everyone involved.

Overall, blockchain technology is revolutionizing global finance by making it more secure, efficient, and transparent. As a result, it’s going to have a significant impact on how we do business around the world in the future!

Marketing and public relations have long been considered the most important aspects of business, but they are also notoriously difficult to do well. This is because traditional advertising and marketing practices rely on several principles that can be easily manipulated or counterfeited.

Blockchain technology is different because it is designed to create a secure and transparent network that can’t be tampered with. This makes it a valuable tool for marketing and public relations because it boosts credibility.

One of the ways that blockchain technology enhances credibility is by providing a permanent record of all transactions. This ensures that everything that goes on in the network is transparent, so there’s no need for people to trust anyone blindly. It also allows people to track the movements and whereabouts of money, assets, and other valuable items. In short, blockchain technology can help protect businesses from fraud and theft, making them more credible in the eyes of their customers.

Blockchain technology is proving to be a valuable tool for promoting Start-ups and Small Businesses. It allows these businesses to operate without the need for a central authority or third party, which can make it challenging to get started or grow.

Blockchain technology is distributed, meaning any single entity does not control it. This makes it secure and transparent, as everything on it is visible to everyone. It also eliminates the need for intermediaries, who can often take advantage of small businesses.

Blockchain technology allows start-ups and Small Businesses to bypass many of the hassles they would otherwise face when starting or growing their business. They can also do so without worrying about data security or fraud. In addition, this technology makes it easy for companies to find new customers and partners and track all transactions efficiently.

Blockchain technology is helping to improve healthcare in a number of ways. Firstly, it helps to ensure that data is secure and tamper-proof. This is important because medical records are some of the patients’ most sensitive information. Therefore, they need to trust that their data will be protected from unauthorized access or misuse.

Blockchain also allows for faster and more accurate transactions across the healthcare ecosystem. This is particularly useful in dealing with payments and reimbursements and tracking patient progress. It also makes it easier for patients to understand their medical history and follow the treatments they’ve received.

Overall, blockchain has had a positive impact on the healthcare industry by making it easier for patients to access information and transactions and reducing the overall cost of healthcare services.

To sum it all up, this technology has the potential to transform a variety of sectors. With experts predicting that the adoption of blockchain will be considerably higher than what we currently have seen as early as next year, there is no doubt that this will be one of the biggest disruptors in business and finance for years to come. 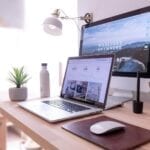 What is Cloud Storage and How Does it Work

How to Make Work in Google Docs Better: Simple Tips in 2022 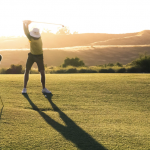 How Technology Is Improving The Modern Game Of Golf