Nowadays, testing of the game and near-game products (both games and game engines) has its own somewhat special niche. What are the requirements for applicants to specialists in game testing? If we talk about some basics and soft skills, the requirements are the same:

Testers are just as likely to look for bugs in games as they are to do so in other software applications. Most often, the work of game testing services https://ilogos.biz/game-testing-company/ is done from the point of view of the end user, and it is the testers who determine the degree of quality of the application and the presence of critical bugs in it.

Game testing services are divided into certain types, which we will discuss below.

This type of mobile testing is aimed at verifying that every feature in the game works exactly as required. For example, the game installs and launches correctly, text boxes, buttons, menus, and icons work accurately, and any transactions or purchases go smoothly.

If you are launching a multi-language game, it is important to check that all versions are translated correctly. This task involves native speakers, who not only can detect errors but also offer an alternative localization option. The company also draws the client’s attention to the peculiarities of regional monetization and trade: the cost of subscriptions, adding payment methods, currencies, and so on.

We gather a focus group by your request, sign an NDA non-disclosure agreement with the testers and provide access to the game demo. Feedback is collected and processed, and provided to you with the finished result. This allows you to fine-tune the game mechanics, identify and fix the problems with the online modes, fix bugs, and understand what your target audience is missing.

Before you sell your game, you need to make sure that it will be correctly optimized to work on a variety of devices. To do this, Compatibility Testing is done using corporate devices and personal devices of testers.

We test the efficiency and stability of the games under a wide range of scenarios. For example, when the battery is low, the internet connection is lost, long gaming sessions, high graphics configurations, parallel use of several applications, and so on. This will make your application more productive and stable.

Regression testing should be done after each game update. For example, after fixing bugs, adding new features, or merging code. Fixing some bugs can lead to others, so it’s important to do retesting.

Why you should order testing from iLogos

iLogos offers only professional testers who can handle any games on any device. The company is completely confidential, so you don’t have to worry about leaks. The company has a dozen development studios and has built its testing system.

Top Red Dead Redemption 2 Cheats You Simply Have to Try 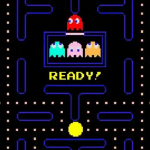 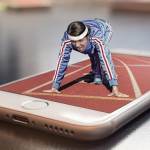 How Do iGaming Laws Differ Between Countries? 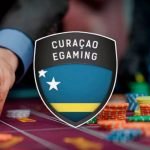 What Are the Benefits of Curacao Gaming License?