Electric vehicles (EVs) are becoming increasingly popular, with major carmakers such as Tesla, Ford, General Motors, and Volkswagen investing heavily in this area. With advances in technology and a growing awareness of the need to reduce emissions, EVs will likely play an even bigger role in the automotive industry in the future. In this blog post, we take a look at the rise of EVs and their potential effect on the auto industry.

What Is an electric vehicle

An electric vehicle is powered by an electric motor instead of a gasoline engine. Electric vehicles have been around for over a century, but they have become more popular in recent years due to advances in technology and concerns about climate change. Electric vehicles are cleaner and more efficient than gasoline-powered vehicles, and they generate no emissions.

Electric vehicles have several benefits over traditional gasoline-powered cars. Perhaps the most obvious benefit is that they produce zero emissions, which is good for both the environment and public health. Electric vehicles are also much cheaper than gasoline cars since you only need to charge them up rather than buying/refilling gas.

Finally, electric cars are often quieter than gasoline cars, which can be a big plus if you live in a densely populated area. Overall, electric vehicles offer several significant advantages over their gasoline-powered counterparts.

How are electric vehicles impacting the auto industry?

In recent years, electric vehicles have been gaining in popularity, due in part to advances in technology and an increased focus on environmental sustainability. As a result, the auto industry is facing a seismic shift, with traditional gasoline-powered vehicles increasingly being displaced by battery-powered alternatives.

This shift is having a profound impact on the way that cars are manufactured and sold, as well as on the business model of the auto industry as a whole. In addition, electric vehicles are also changing the way that people use and think about cars, which could have far-reaching implications for the future of transportation.

As the auto industry adapts to this new reality, it will be fascinating to see how these changes play out.

Top Reasons Why Electric Vehicles Are the Future of Driving

Electric cars convert about 59%–62% of the electrical energy from the grid to power the wheels, while gas cars only use about 17%–21% of the energy stored in gasoline to move the car.  So, not only do electric cars pollute less when they’re driven, but they also require less energy to operate, reducing emissions during production.

Over their lifetime, electric vehicles cost about $1,000 less to maintain than gas cars, thanks largely to the fact that they have far fewer moving parts than gas cars.  That means fewer parts can break down or need replacing over time. And because electric cars don’t produce tailpipe emissions, they don’t require catalytic converters or mufflers, which helps keep repair costs down even further.

Electric cars produce zero tailpipe emissions, which drastically reduces their environmental impact. EV vehicles produce about half the greenhouse gas emissions of equivalent gas-powered cars over their lifetime. And as renewable energy sources like wind and solar become more prevalent, that number will continue to drop.  What’s more, even when accounting for the emissions generated by power plants, electric vehicles are still cleaner than gas cars.

The lack of engine noise is one of the most immediately noticeable differences between driving an electric car and a gas car. And it’s not just a matter of comfort—reducing noise pollution has real health benefits. Studies have linked exposure to traffic noise to everything from high blood pressure to cardiovascular disease.  What’s more, silent EVs could open up new possibilities for transportation, like delivery drones that could zip around without disturbing (or waking) nearby residents.

Electric cars are fun to drive

In addition to being fast and responsive, electric cars handle extremely well thanks to their low center of gravity (batteries are typically located under the floor). That makes them particularly well suited for Autonomous Vehicle (AV) applications, where precise maneuvering is critical. But it also means they’re just plain fun to drive—even if you never take your hands off the wheel.  So, an EV should be on your radar if you’re looking for a thrill behind the wheel.

Electric cars are getting cheaper

As demand for EVs increases and battery technology continues to improve, prices are coming down rapidly. Some analysts believe that EVs will reach cost parity with gas cars within the next few years.  And when you factor in things like lower maintenance costs and state and federal tax incentives, it becomes clear that EVs are already a smart financial choice for many drivers.  Of course, if you happen to live in an area with high electricity rates, that could offset some of the savings—but even then, other factors (like range anxiety) come into play.  So be sure to do your homework before making a decision either way.

The future of the auto industry

The future of the auto industry is shrouded in uncertainty. The traditional model of manufacture and sale is under threat from several factors, including the rise of electric vehicles, new environmental regulations, and changing consumer preferences.

The industry will need to adapt to survive, and it remains to be seen how successful it will be in doing so. Nevertheless, the auto industry has shown a willingness to change in the past, and it has always been a highly competitive and innovative sector.

As such, there is reason to believe that it will weather the current storm and emerge stronger than ever before. Whatever the future may hold, the auto industry will continue to play a vital role in our lives.

The rise of electric vehicles is a major trend in the auto industry that shows no signs of slowing down. Thanks to their efficiency, zero emissions, and low operating costs, EVs offer several advantages over gas-powered cars. It’s clear that EVs are here to stay, so it will be interesting to see how they continue to transform the auto industry in the future. 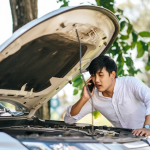 15 Ways to Keep Your Car Running for Years: Tips for Car Maintenance 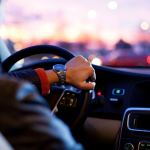 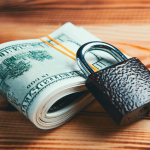 15 Easy Tips to Help you Save Fuel and Money 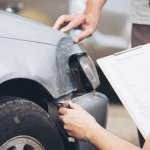