Altcoins like Ripple, Litecoin, and Ether have been able to capitalize on the recent rally in cryptocurrency markets. There are many other promising digital assets and currencies that have gained substantial value over the past six months and will continue to do so in the future. BitShares (BTS) is one of these digital assets.

This guide will explain what the BitShares project is and whether it could be a good investment.

BitShares uses blockchain technology to create free market solutions by leveraging the power of globally distributed consensus and decision-making. Its founder, Daniel Larimer says that BitShares is much more than that. Larimer explained that BitShares can be described as software, network, bank, exchange and currency.

BitShares is software that allows users to update their data using a pre-defined set of rules and public key cryptography. It is also an open-source network that users can manage from anywhere in the world. Users keep their databases synchronized according to the BitShares software rules. This allows it to operate as long as there is at least one participant in the network communicating over the Internet.

BitShares, despite its multifaceted definition, is best known as a decentralized exchange for smart assets that are backed by BitShares cryptocurrency. It can be pegged to traditional assets like the USD or gold.

BitShares’ native cryptocurrency is also known as BTS. It currently ranks among the top 20 most valuable digital assets with a market cap of approximately $400 million.

BitShares uses a delegated proof of stake consensus system, which allows stakeholders to vote on consensus issues democratically. The company claims that all network parameters can be adjusted via elected delegates, including block intervals, fee schedules, and transaction sizes. BitShares has 101 elected delegates who are responsible for securing the network and receiving transaction fees. It is one of the most efficient networks in the industry with ten transactions per second thanks to DPoS.

Each block creates new BitShares and the maximum number of shares per block also decreases over time, following the Bitcoin case.

BitShares currently has a circulating supply of just over 2.6 billion BTS. There is also a 1 BTS reserve fund. This fund is used for workers and earns income from transaction fees. The total supply of BTS is not more than 3.6 billion.

BitShares launched in October 2014 and it traded between below one cent to below four cents. Investors did not see significant gains. The value of BitShares soared substantially with the rise in altcoins, reaching a peak of $0.45 on June 10, 2017.

Smith&Crown reports that BitShares launched two crowdsale campaigns in order to finance the development of its platform. One used ProtoShares (PTS), and one used AngelShares (AGS).

ProtoShares, a cryptocurrency that used proof of work (PoW), was sold with the promise of token holders receiving a share of future products from Invictus Innovation (a predecessor company of BitShares). Invictus Innovation received donations in Bitcoin and ProtoShares in 2014. The crowdsale helped the company raise $7 million to $15 million in exchange for AngelShares which would help it develop further.

Later, PTS became cryptocurrency, while AGS holders could also claim their BitShares. Both PTS and AGS no longer exist.

Should You Invest in BitShares?

BitShares’ investment story, like most cryptocurrency projects, is focused on its success or failure. BitShares was founded in 2014 and has developed its platform which allows users to digitize real-world assets and trade them on the blockchain decentralized. BitShares will become an industry standard for digitizing traditional securities and assets, and BitShares will be the leading platform. This will increase the value of BTS.

BitShares’ success could be threatened by the presence of established international exchanges that are developing a blockchain-based solution. Other blockchain competitors are working on similar solutions, such as the Waves platform. Waves have gained significant momentum over the past six to 12 months and are positioning itself to be a strong competitor for BitShares. BitShares will not be able to compete with other market participants and its native cryptocurrency will “go to the moon” very unlikely.

BitShares is a good investment for those who want to get into the cryptocurrency market but don’t have the time or knowledge to do it themselves. However, as with any investment, there are risks involved, so do your research before diving into the market.

The Complete Guide to Nft Marketplaces 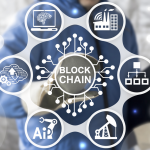