Artificial intelligence is being used across a huge number of industries, and its influence is growing as improvements to the power and precision of automated systems are made.

Software testing is one area that stands to benefit significantly from the emerging AI ecosystem, so here is a look at the trends in this area as they exist today, and how they might change going forward.

A hybrid approach is emerging

One of the advantages of AI in a software testing context that is having the most impact at the moment is that implementing intelligent, automated systems is not an all-or-nothing solution.

Instead, it is possible to use a combination of a free testing automation app in conjunction with the input and efforts of human testers to put a wide variety of projects through their paces.

This dispels the idea that AI is a tool that renders humans redundant in a range of roles. In reality, it is being put to work to streamline the more tedious and repetitive aspects of testing, while allowing flesh and blood assessors to spend their time more fruitfully managing other elements.

This hybrid testing strategy is not just relevant right now, but is likely to remain the status quo for some time to come, as the sophistication of AI testing tools is still a long way from matching what human testers can do from assessing things like UX and UI, for example.

Cloud and on-premises infrastructures can be utilized

Another potentially unexpected reality of AI in software testing is that while the power of the cloud can be brought to bear on this practice, it has not entirely ostracized the more traditional use of in-house hardware to do the lion’s share of the number-crunching.

Indeed the best automated testing platforms are capable of adapting to the needs of each development team. Those with ample on-premises resources can run testing software locally, or offload part of this to the cloud if preferred. Those with limited internal resources can be more reliant on cloud infrastructure to get them to their end goal.

It is once again the flexibility of modern AI solutions that allows them to shine in software testing, just as they do elsewhere.

Skilled developers are often told to start testing software as early as possible, and this is certainly good advice for minimizing the likelihood of issues arising further down the line. AI testing makes sure that earlier testing can be carried out with fewer errors in a shorter time frame, which in turn means that bugs are fixed quickly and the next phases of development can begin sooner.

When it comes to driving down development costs and bringing deadlines forward, automated testing is clearly capable of achieving both.

Ultimately this means that as the relationship between development and AI-powered testing increases, more complex projects should be less taxing and costly, creating a bright future for the software sector. 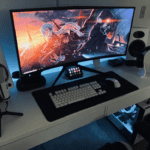 Factors to Consider When Buying A Monitor For Video Gaming 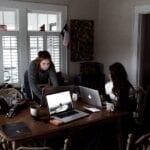 Creatives – Protect Your Team from Hackers 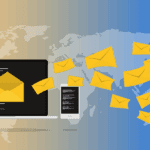 Online Shopping Sites You Might Want to Check Out